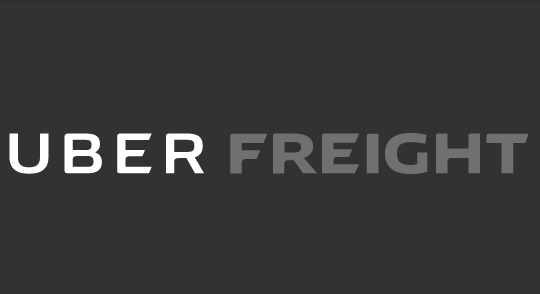 Uber announced on Tuesday that it would be moving freight with autonomous trucks across Arizona, the trucks will start out in the Midwest and move to Southern California. The trucks will self-drive for around 340 miles of the haul. While this is impressive, after all, a truck is not only bigger than a car it is also more intricate to steer due to the "loose" link with its load. However, this is not Uber's first AV freight haul on public roads, they have driven through Colorado for about 120 miles with a driverless truck, well actually there was a driver, but the steering and control was all computer controlled with no hands or feet on controls.

Let's take a quick look at what Uber Freight and AV are all about.

Uber Freight is a separate entity; it has its own app and its own system. The main difference between Freight and Rideshare is that with freight, Uber matches loads to truckers. The Uber freight model is all about an end-to-end logistic solution. Where local freight meets national freight, and a farmer or a producer can send their products to a market or customer. The concept is that the AV Freight solution will allow the long hauls to be steered by a computer and not a human. 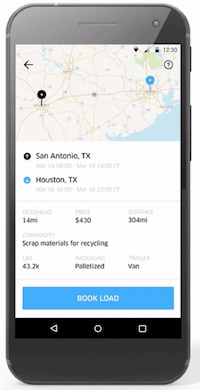 AV's and Humans working together

While you might think that an AV could replace a trucker, thereby reducing the human workforce, you would be wrong. The Uber Freight model only comes into play with long hauls, and in this case, the probability that a truck will be passenger less is not likely. Truckers might still be around, just relaxing during a ride or in some instances, only dealing with local portions of the ride. There is no plan to leave the truck unmanned, which is a relief to truckers. (Possibly a result of the teamster's pressure lobby).

In fact, Uber has MIT backing up its claim that there will be more jobs in trucking once the AV's are in place. They expect that over 766,000 jobs will be added to the freight sector by 2026. With over one million AV trucks on the road by 2028, it is expected that the same number of truckers will be needed for the short hauls. MIT in a research paper stated that "Technology is unlikely to replace truckers entirely anytime soon. But it will almost certainly alter the nature of the job."

On the flip side, once the AV network has been fully integrated, maybe after 2030, there will no longer be a need for truckers, so the rise in jobs might be a short-term wave before the same number of truckers hit the unemployment market. In general, the future of AV is a future where human driving becomes a hobby and not a necessity.

Logistics Engineering at its best

The AV truck is an evolutionary step in transportation history. Nothing will stop it from happening; even political pressure will make way for industrial demand, as well as public demand for cheaper goods. Add to this the eventual removal of road risks, which are the human element, and we are looking at exceptional feats of development in the supply chain engineering process.

The AV race is well underway

If you thought that AV trucking was only an Uber thing, then think again. While Otto was the first to implement the concept back in 2016, Chinese based TuSimple also tested AV trucking in Arizona in 2017, and other automakers such as Volvo and Embark are well underway with their respective research and development programs.

Trucking is just one part of the supply chain process, and when you have companies such as Maersk and IBM joining hands to develop a blockchain solution for freight, it's only a matter of time for AV to integrate into the blockchain system.

Freight is a simple sector, a driver with a truck, delivering goods from one point to another. However, just as we see the changing face of human transport, where taxis are being replaced by rideshare drivers. It is eventually going to hit conventional logistics companies. Unlike their taxi counterparts, logistics and freight companies have plenty of time to adapt, since they already have the experience learned from the media coverage of rideshare impact on transportation. The big difference will be the decades of trust needed to cover the regulator's concerns. So for now, truckers are here to stay, even when the truck is being driven by a computer.

I dont think anyone is really prepared for the AV apocalypse. Its one of those major technological ground breakers that, while being pre-determined, are not comprehensible in a global and world view. Sort of like when Steve Jobs announced the smart phone and no one really knew where this would end up, and in a very short time. AV tech, whether it is for freight or for cars, is still a big question mark and as AV technology advances, so do other technologies that could benefit from the AV LiDAR, such as robotics. How do robots traverse ? What about military applications for the LiDAR and how will that affect tank warfare. Honestly, freight, rideshare, these are just the tips of the iceberg. The real technological breakthrough is the software and hardware being developed through billions of dollars in a cut throat competition that matches and even surpasses military competition between enemies.

Freight is a major market, and Uber Freight is a natural expression of Uber in this market. They really don’t differ from independent contractors in the haul sector. So the only real difference is how they manage the queue and give drivers a better income from efficient re-haul. The AV in freight, yes, it will happen, how it intermingles with regular transport will be something that regulators need to address.

This is far worse than self-driving uber cars! If these trucks put truck drivers out of work what do you think they will start doing? That’s right! Uber drivers.

Look, I’m no expert, but autonomous vehicles are not going to take our jobs, they are just going to make them less stressful. We will always need someone in the car to monitor the activity (At least for the next 10-20 years) These trucks are going to save lives. I’ve traveled the country and have seen human error cause death by semi-collision far more than I want to remember.

I think it’s actually exciting that within the next few years we’ll have autonomous vehicles in the consumer market. I just hope their reaction time is as good as mine because I’m like a Tie-fighter pilot.

Everyone gets angry and reluctant to change. But when the market says “f**k you” because autonomy is safer, cheaper, and more sustainable, you will adapt in 10-20 years (like @mitchme said) when it starts becoming continuously improved and safe enough for global implementation. I’m all for replacing fatigued, drunk, and mistake-prone humans with technology that has a better reaction and can better utilize fossil-fuel-free technology. The thought that a semi will ram through traffic is a great argument. But how many semis have caused pile-ups already, flipped, and slid into catastrophes? Look at both sides of the argument. Besides, they will not “take your job” …you will have more opportunities because of technological innovations.

I quite agree, evolution is a bitch, but its our bitch and we need to embrace its every bite.